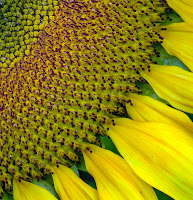 Unlike the mayhem of last Friday, the Oncology Ward at the hospital appeared quiet, calm and orderly when we arrived this morning shortly before 11 am. The receptionist greeted Steve by name - he's now one of the regulars - and before long, we were ensconced in a side room ready for the normal round of observations and taking of blood samples that precedes chemo. A "new" nurse, Charlie, has been assigned to look after Steve now that Alana is on maternity leave, although she is not a stranger to us, having helped out on previous occasions.
As everything seemed under control, Steve tempted fate by declining the invitation to order lunch on the assumption that we would be home a couple of hours later. Perhaps, not the best plan with the benefit of hindsight.....Everything seemed to be going well, until Charlie reappeared to say there was a problem. The ward's blood sample testing machine was misbehaving and would not produce a complete set of test results, and the lab machine was also playing up, so Steve's bloods would have to be sent away for testing. We had no option but to sit and look at the papers, do a crossword, a sudoko or two, read a bit more of our respective books and watch the lunch trolley come and go....
By 1.30 p.m. we accepted the inevitable - we were in for the long haul. I was dispatched to buy sandwiches and cookies to keep us going. Eventually Charlie reappeared with good news - all blood test results had come back "normal", so cleared to proceed.
Steve was given a form for an X-ray next week as well as the scan which will be used to help assess what effect the treatment is having. However, Charlie was concerned that the results of the tests might not be back in time to be assessed before the next dose of chemo is due, in which event the rest of Steve's treatment would have to be put on hold.
I think she must have seen the look of panic on our faces - we have just started to make plans around the rest of Steve's 21-day treatment cycles, and all my annual leave and "not-available' time off work has been arranged so that I can be there with him for future sessions. Whilst preparations were made to administer the Velcade, Charlie disappeared and eventually came back with a new appointment a day earlier than originally planned. All being well, this should leave enough time for the results to be assessed before Cycle 3 is due to start. Thank you, Charlie!
We eventually arrived home from today's session some five hours after setting out this morning. Good job we had nothing arranged or urgent jobs planned for this afternoon...
After today's session, Steve is a third of the way through his chemo doses. No treatment next week. Nevertheless, we'll be back at hospital again for the CT scan and X-ray. In the meantime there's a long weekend to look forward to, including a trip to Surrey to pick up a new monitor for me and a visit to Ham House on the way back where we will sample another National Trust tea room and try out our new camera lens.
In case you're wondering why there is an image of a flower at the start of today's blog, our niece Heather thinks that our botanical pictures are far prettier than those of Steve. This is especially for you, Heather and Zac. Enjoy!
Posted by Linda Wride at 22:10