Leo is being obstructive

Those of you who have read the blog from the early days will know about "Leo".  Inspired by other meso warriors, it's the name Steve gave to his cancer in 2009, not long after he was diagnosed with mesothelioma in the lining of his right lung.

Leo has been sleeping quietly for much of the time since then (albeit we have been reminded of his presence every three months or so when hospital assessment dates come around). For sure, there have been difficult times when Steve has had treatment - chemotherapy and drug trials - with nasty side effects.  However, the cancer itself had no direct, significant physical impact on Steve's day-to-day life for some five years. It almost seemed like tempting fate to keep referring to Leo during this period, so I haven't mentioned him by name very often in recent years....

However, Leo has reared his ugly head quite spectacularly over the last twelve months or so, and we can't pretend to ignore him any longer.  He's spread himself around a bit, making unwelcome appearances in Steve's liver and spine, invading the left lung, growing in the right lung, tunnelling through the chest wall and squeezing through Steve's ribcage, popping a rib in the process and causing the first real pain directly related to the cancer.

A course of radiotherapy last December shrank Leo's visible presence a bit, but the lump on Steve's chest started growing again in August.  Consequently, at his hospital appointment on Thursday, Steve was expecting to discuss a further course of radiotherapy aimed at the external lump. However, Dr P (the medical oncologist) was not concerned about the visible chest lump - it's not causing pain, affecting movement or near any vital organs.

She was worried however about a tumour nodule in his left lung which is severely constricting the air passage to the lower lung lobe.  Although the passage is still open sufficiently for air to get through at present, there is a concern that any further growth could close it off completely causing this part of his lung to collapse.

People can, and do, live successfully with only one lung.  This is because the remaining lung expands into the space vacated by the collapsed/removed lung and increases its air capacity to compensate for the loss of the affected lung.  Which is great if your other lung is working properly.  Not so great if the capacity of your remaining lung is reduced and constricted by tumour growth, like Steve's right lung.

So...the race is on to keep the left lung airway open and make it bigger.  Dr P is hopeful that a stent can be inserted to expand the affected air passage. However, the blockage is quite deep into the lung which will make it difficult, maybe impossible, to insert a stent.  We are waiting for the specialist to advise.  Nevertheless, a further course of radiotherapy with the LINAC (Linear Accelerator) will be arranged regardless of whether a stent can be used. Five sessions over five days aimed at the nodule that's restricting air entry.

Leo, you will soon be zapped again!

Steve has taken this news remarkable well.  I think it helps him to know the reason for the problems he's been having on exertion, and he is reassured by the fact that there are treatment options to deal with the current crisis.  Of course, we don't know what's happening elsewhere in his lungs or the rest of his body.  They didn't discuss the rest of the scan report at his hospital appointment and he didn't ask for a copy to look at at home with me afterwards, on my return from a work-related trip to Guernsey.  I confess to being a little bit annoyed at the time.  However, in retrospect, perhaps not knowing the big picture in detail is a good thing, as things stand. One crisis at a time is more than enough to deal with at the moment.  No point sweating the small stuff until and unless the big issue is tackled.

So we carry on - taking each day as it comes, enjoying the early autumn sunshine and keeping our fingers crossed for England in the Rugby World Cup!

Since my last post, much of our time has been spent with, talking to, and hearing from, family and friends.

First of all, thank you for all the lovely messages, via e-mails and Facebook, in response to my last post.  I haven't replied individually as time has been taken up with funeral arrangements and other things, but want you to know that we really do appreciate the support of our wonderful friends! Thank you x

The family gathered together in Bristol last Friday for the funeral of Jean, Steve's mum.  It was a very personal service, with music and readings, poetry and tribute given by sons, daughters-in-law and grandchildren.  The great grandchildren participated too, their drawings adorning the Order of Service which Steve had designed.  As you would expect, there were tears all round, but smiles and laughter too as we remembered Jean and said our last farewells.

On Saturday, I met up with our friend Sarah and we went walkabout Open City sites south of the Thames, including a visit to Greenwich - one of my favourite places in London. Steve isn't up to walking any distance these days, but he did drive to join us on Saturday evening, tempted no doubt by Sarah's cooking and the prospect of one of those long lazy Sunday mornings when breakfast morphs into lunch, the wheels oiled by good company and lovely surroundings.

Last night, we were invited to a celebration to mark two friends leaving the City Council where I used to work. Steve decided he wasn't up to it, so I went alone.  It was lovely to see so many familiar faces and catch up with news over a glass of wine or two, but such a pity Steve wasn't there.  Today, we had tickets to visit the University's new China Centre at St Hughes College but ducked out due to a combination of rain and tiredness, and had afternoon naps instead.  Sometimes, you've just got to rest....

However, we can't ignore the fact that the mesothelioma is making its presence felt.  Steve is reluctant to go anywhere or do anything that might involve walking any distance or standing around for any length of time.  It tires him out.  I know he is feeling it because after years of resistance, at last he agreed to let me apply for Attendance Allowance on his behalf.  Another sign that he is not feeling confident.  He's not ready yet to take to a wheelchair, investigate mobility scooters or look into installing a stair lift.  However, we have talked about these things in passing, in an only half joking manner...

The good news is that Steve's appetite has improved a little since the funeral. I think the bereavement and stress associated with funeral arrangements and the service got to him more than he realised.  Not forgetting the thought of the impending hospital appointment on Thursday, when he will get the results of the most recent scan and find out if more radiotherapy will be offered on the lump on his chest which has started growing again after being knocked back by zaps last December.

I'm not sure if Thursday's appointment with the medical oncologist will be an opportunity to discuss whether Steve is still fit enough for more chemotherapy or to take part in clinical trials (which is straying into clinical oncology territory - a completely different clinic and set of doctors).  We shall just have to wait and see....

A difficult week, but with some happy moments

As you can imagine, with the death of Steve's mum late last Sunday, it has not been an easy week.  Although you feel numb at the loss of a loved one, you still have to deal with the legal and practical requirements arising from a death - medical certificate; death certificate; funeral arrangements; content and order of service; the will and probate - as well as the emotional turmoil.

However, the wheels were put in motion last Monday in Bristol, when we met up with Steve's brother Martin and his wife Mary to collect belongings from the nursing home, visit the GP and talk to a funeral director.  Steve's health has limited what we have been able to do since then in terms of running around, but he is designing the Order of Service and is coordinating input from family members for the eulogy he will give next Friday.

No doubt, stress over the last week has not helped Steve's health.  He has been coughing more; he is becoming increasingly breathless and now gets puffed out just going up and downstairs; his appetite is variable, he is eating less and loosing weight; his energy levels are low, he is having afternoon naps almost every day and it takes a concerted effort to get on and do things.

His scan was yesterday and there is a follow-up appointment with the radiology team in two weeks time, frustratingly on one of the rare occasions when I will be away from home, on a work-related trip to Guernsey. I will just have to trust him to give honest and full answers when they ask him how things are going.

We know the scan results will not be good, but at least we will get an idea of how fast the cancer is now growing (as Lou, our meso friend in Australia says, it's not called an aggressive cancer for nothing...) and whether it has spread beyond the lung linings, liver and spine.

But for all the doom and gloom, life goes on and there have been happy moments.  One of the highlights was a reunion with our dear friend Agnes, a fellow photographer we met in Budapest almost two years ago now.  She is splitting her time between Hungary and the UK, working only a short train ride away from where we live.  It was lovely to spend a couple of hours with her over lunch and we hope to see her again soon. 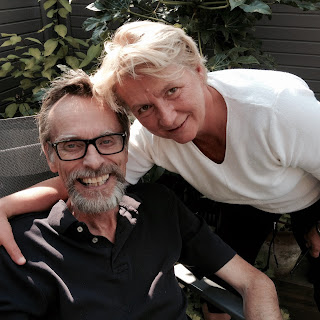 At long last, we have replaced the boring privet bush by the front door with something a bit more interesting- a star jasmine Trachelospermum jasminoides - which we hope will grow up and over the porch to give year round colour, with fragrant white flowers in the summer and seed pods in the autumn.  That should make us happy every time we enter and leave the house!

Good news on the photography front too.  One of my images is part of a collage of photos which will appear on the new Royal Photographic Society's pack given to all new RPS members. I also have a print shortlisted for the Photocrowd/Alamy/Digital Camera exhibition which opens at the Printspace Gallery in London next week.  That makes me happy, even if it doesn't make the final cut. 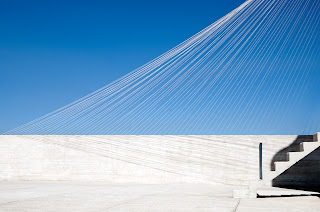 For Jean, with love

I had intended to write a post about the meet ups we have enjoyed with our wonderful friends over the last week or so, but that intention has been overshadowed by the sad news that Steve's mum died last night, at her nursing home in Bristol.

It didn't come as a complete surprise - we had been advised back in the spring that her life expectancy was short. However, whilst forewarning helps soften the blow of bad news when it comes, it does not lessen the feelings of loss and sadness on such occasions.

Steve's mum, Jean, was no stranger to mesothelioma.  She cared for his dad when he was diagnosed with the disease back in the 1980s.  I guess that makes her an honorary Meso Warrior, as well as a much loved mum, mum-in-law, gran and great grandma. 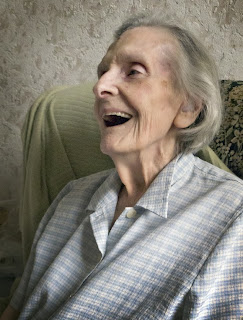