Isn't it strange how your memory plays tricks on you?


If you were to ask me now how it felt when Steve was having chemotherapy back in 2009, my immediate response would be to say tough.  However, when Steve mentioned last week that the "Goodwood Revival" event was taking place this weekend, his remark immediately brought back floods of happy memories of a wonderful visit to Chichester, staying with our friends Anne and Colin. We dressed up in 50s and 60s gear, enjoyed looking at other people's outfits from the 40s, 50s and 60s and watching cars and bikes from that era race round the circuit at the historic motor sport and aviation event at Goodwood, Sussex. Looking back at the blog post for 20 September 2009, I realize now that we managed to enjoy ourselves greatly even though Steve was half way through six cycles of chemo at that time.


Two years later, and we spent the equivalent September Saturday in London at the Open House event, visiting buildings not usually open to the public.  After a frustrating start at St Pancreas, where we arrived 30 minutes after opening only to find that the tours of the former Midland Grand Hotel (now called the Renaissance Hotel) were already full for the rest of the day, things began to look up.


We head south of the river, enjoyed the gorillas lined up along the embankment, then took the lift to the roof terrace at the top of City Hall to enjoy the 360 degree panorama over London before winding our way gently down the amazing spiral ramp inside the building, snapping away happily like loads of other photographers! 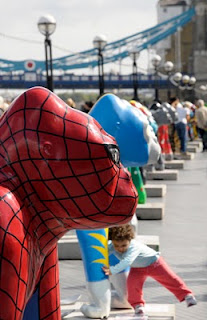 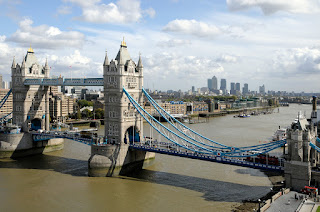 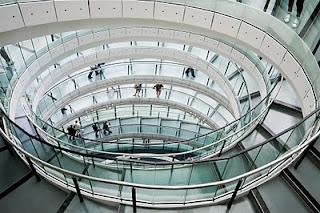 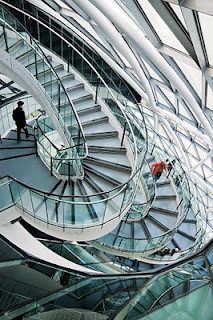 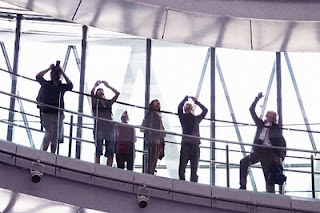 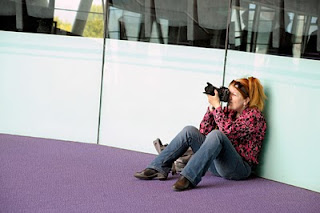 After lunch at City Hall, we did the short walk to Carmarthen Place to look around two wooden eco houses and an artist's studio with a green roof (I'm hoping to inspire Steve to do something similar but on a very much smaller scale in our garden to replace the rotting shed and provide a studio and storage...) 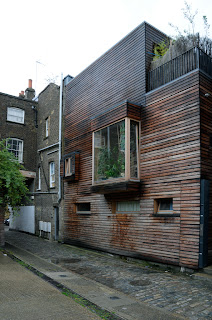 Revived by a pot of tea and a brownie at the Tea Pod in the nearby Fashion and Textile Museum, we carried on to Lambeth Bridge Road and the House of Antoni and Alison to see the renovation of a 1820's terraced townhouse and enjoy some of the fashion and design artwork of the couple who undertook the project.

For once, we allowed enough time to get back to Paddington and the train home without having to rush.  Even so, after an exhausting long day out on Saturday it was good to relax on Sunday and top off the day enjoying a wonderful meal with our friends Jonathan and Sally to celebrate Steve still being very much alive and kicking two years and three months post-diagnosis.  The perfect finish to a very enjoyable weekend - thank you!


Which brings me back to the theme of today's blog - as I hunted for some paper this morning to write today's "to do" list, I came across a spiral bound note pad with scribbles going back to 2009, including a note I had written in October 2009 at a discussion with Dr Louise when we looked at Steve's scan at the start of chemotherapy cycle 5.


There are simply two sentences.  The first says

"Uncertainty is better than certainty, as hope is not ruled out"
The second sentence reads
"Scan - very small areas around the outer edge (of the right lung) are thick in places, but 99% is clear - reassuring"
After the last two assessments, we had been concerned that some disease progression had taken place since diagnosis, but had been trying to see this a positive outcome given the very, very slow rate of growth and the subtle change in pleural thickening which is almost imperceptible. In a strange way, finding this scribbled note from two years ago - which I had completely forgotten about - helps puts things in perspective and reassures me that there is a good foundation for feeling positive.
It can be difficult to live with uncertainty, but it allows us to hope - that a cure will be found; that chemo will shrink the tumour or slow down its rate of growth; that we will survive to achieve the next personal target; that there will be good days while treatment is in progress and a life to enjoy after chemo.  When the evil has escaped, hope is still there at the bottom of Pandora's box to help us keep going through the bad times, along with the love and support of family and friends.
Posted by Linda Wride at 13:32