27 months since diagnosis and life goes on

It's 16 September 2011, which means it's 27 months to the day that Steve was diagnosed with mesothelioma.  If you read yesterday's post about his latest hospital assessment, you will know that disease progression since then has been almost imperceptible and we are now looking forward to enjoying the autumn.


It struck me this morning about how our lives have changed since that fateful day in 2009, sometimes in very positive ways.


There are little additions to our day-to-day routines.  I read daily Google alerts on anything and everything to do with mesothelioma and follow up links shared with the meso warriors on Facebook.  It's information like this that has given rise to one of Steve's daily rituals, supplementing his diet with extra vitamins, omega 3 rich fish oil, Agaricus Blazei -a medicinal mushroom- and tumeric, all reputed to help boost the immune system, as well as taking a non-steroidal anti-inflammatory  drug (NSAID) to treat arthritis, which research has shown can have the side effect of shrinking tumours.  We have no idea if any of this is contributing to his continued stability, but he's not going to stop to find out!

A few days after Steve was diagnosed, I stumbled upon Graham Sherlock-Brown's PETAL philosophy for living with mesothelioma: a Positive mental attitude; Eating well and exercise; setting Targets; Adapting to change and Living your life. In retrospect, we have incorporated much if not all of that philosophy into our own lives over the last two years, although we still need to do a bit more work on the exercise element, in addition to walking....
During the first six months of chemotherapy, we kept going with the support of family and friends, treating ourselves to days out, the very occasional weekend away, and lots of cream teas as we worked our way round the National Trust tea rooms within striking distance of home.


Putting away the sick bucket for the last time was cause for great celebration!  As other side effects of chemo (tiredness and peripheral neuropathy i.e. numbness and tingling in fingers and toes) continued to wear off, we became more adventurous in where we went and what we did - making the most of life within a three-monthly time horizon.


We became far more sociable than before, enjoying the company of family and friends wherever and whenever the opportunity arose.  We have made new virtual friends in the meso community - sharing information, giving and receiving support on Facebook, through e-mails and following the blogs of others on a similar journey. 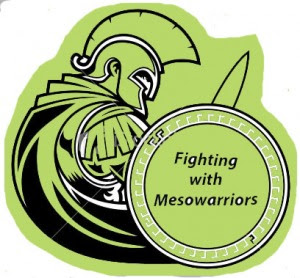 I've added a new blog today under "We are not alone". Tess Gully was diagnosed with mesothelioma in September 2010. Tess has got through her first year by setting herself a series of short and longer term targets to strive for - a key element in the PETAL philosophy.  Keep it up Tess!


Although I loved my work, it robbed me of precious time I could otherwise be sharing with Steve.  It was a natural choice to volunteer for "early release" when the opportunity presented itself. I have rarely looked back since, other than to keep in touch with friends from that part of my life.


Having more time together has allowed us to indulge a shared passion for art and photography - we've been to more exhibitions and taken more images these last six months than in the previous 3-4 years.  Pity we've had to turn down an invitation from the RHS to exhibit at next's year's Chelsea Flower Show - one of the downsides of being unable to make big commitments that far ahead in time.


However, living very much in the here and now means that we can usually say yes when opportunities present themselves. A bit of spontaneity after a lifetime of planning a long way ahead is wonderful (although we still have to be organized to make the most of it!)


Some weeks ago, a virtual friend who's husband died as a result of mesothelioma said in an e-mail "As you know, it's a real roller coaster, but it's obvious that you are really getting the most out of life and that is exactly what we should all do.  It sounds strange, but some of the happiest times Andy and I spent together was after the diagnosis"


It doesn't sound strange at all to me....We're looking forward to the next three months.  Oh yes, indeed!