One in a million

When I started writing this blog, I found it difficult to look very far ahead.  Life was lived one day at a time. It still is to an extent.  However, we are slowly but surely reaching some of the big milestones which I hoped, but didn't dare count on, Steve reaching - let along reaching AND enjoying! So far, we have celebrated two Christmases and New Years, our daughter's 21st birthday, my 60th birthday and a wedding anniversary since his mesothelioma diagnosis.


One of the items on my 2009 birthday wish list was to send Steve a birthday card to mark his One Millionth birthday in 2011. And that's just what I did today.  Not just one card, but a "million" little cards for each year of his life so far. In case you think I've gone mad, one million in binary numbers = 64.  There are cards all over the place!


We spent Steve's 64th birthday in London, strolling in the sunshine from Westminster along the riverside to Tate Britain, where we enjoyed a quick flirt with The Romantics and a longer liaison with Water Colour after lunch.  Far too much to see in one go!  Must go back and look at one room at a time, rather than floating aimlessly (which is what I did today - I think Steve was a bit more organised!)


Home for a birthday tea of chocolate cake (one candle for his first million years) and opening cards and presents.  The champagne is cooling and there are some delicious nibbles to go with it, just as soon as the birthday cake has gone down.


When you are our age, you can't write a blog about a 64th birthday without quoting the Beatles - so here we go!


When I get older losing my hair
Many years from now
Will you still be sending me a valentine
Birthday greetings, bottle of wine?
If I'd been out till quarter to three
Would you lock the door?
Will you still need me
Will you still feed me
When I'm sixty-four?
As you can see, in spite of chemo Steve hasn't lost his hair! And yes, I do give him Valentines and birthday cards, and bottles of wine. Occasions when we stay out until quarter to three are few and far between these days - and I rely on Steve to remember his key.  And yes - I still need him and feed him.  Which reminds me - it's time to break open that bottle of bubbly!
Happy millionth birthday Steve! 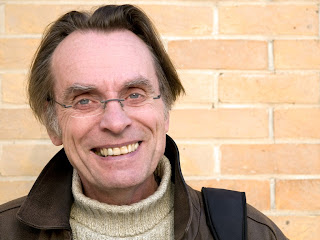 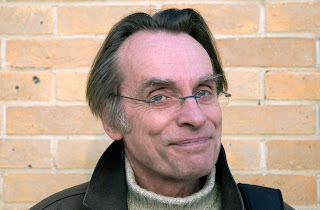