our friends (and family) in the north

In the last week or so, we've been traveling round the compass: south to Bilbao, west to Bristol and most recently north to Manchester, where we visited our daughter Katie and partner George who recently moved into a flat near the city centre.


Traveling north gave us the perfect excuse (not that we needed one) to visit friends Andy and Dave in New Mills and enjoy the Peak District scenery en route.  The plan had been to arrive in time for a walk before dinner.  However, we were distracted by our first meeting with grandson Louie, followed by a wonderful meal on the terrace then a taster of the photos Andy and Dave had taken on a recent trip to the far east....and - you guessed it - we didn't get further than the sofa in the sitting room, where we enjoyed catching up with each others' news from the last 11 months. A good night's sleep and a hearty breakfast set us up for the short drive on to Manchester the next day.  Thanks so much Andy and Dave!


After checking into the hotel at Salford Quays, I phoned Katie to talk about meeting up, only to hear the rather alarming news that she had tripped up at home and was in hospital waiting to have her broken hand put in a temporary plaster, pending an operation to wire the bones back together together. However, she was confident that she would be OK later, so we arranged meet up that evening at the flat, before going out for a meal.


Trying hard not to worry, we set out to explore Salford Quays - starting with lunch at the Lowry arts venue, a strange but exciting building where the steel clad exterior conceals vibrant colours inside. 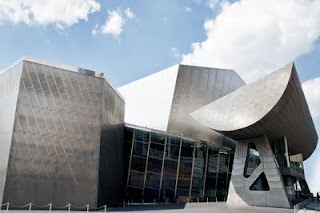 In the afternoon, we crossed the bridge to the Imperial War Museum North - another eye catching building with fascinating displays about how war shapes lives.  We left it too late to take the lift to the top of the "air shard" to look over the quays, so that went on the to do list for later! 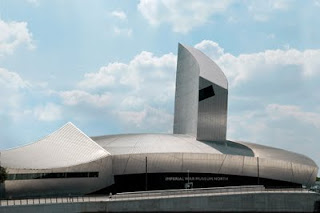 A quick turn around at the hotel, then a taxi to Katie and George's flat and a walk to the restaurant introduced us to other parts of Manchester.  In spite of the trauma and the pain killers beginning to wear off, Katie was in good spirits and managed to eat her meal mainly left-handed!  The downside is that with her right hand in plaster, she has problems writing and typing so it looks like the job interviews lined up will have to be cancelled. 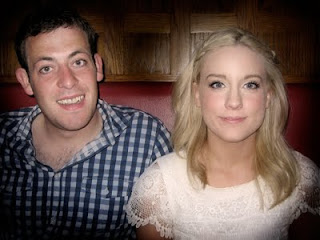 We arranged to meet up again on Sunday afternoon, which left us the morning free to explore the Quays further.  So it was back to the War Museum and up the air shaft for a bird's eye view of the area, then over the bridge to Media City where the BBC is in the process of setting up its new HQ.


As we pressed our noses up against the window to see what was going on inside, a chap came out and invited us in - it was an open day.  So that's how Steve got to hang around the CBBC set 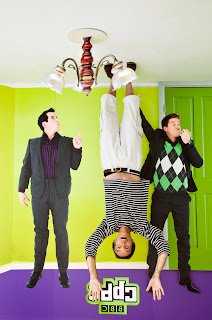 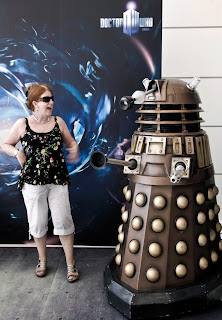 and I had a close encounter with a dalek who had last acted with David Tennant's incarnation of Dr Who!


Back into the city centre in the afternoon, and a trip on the big wheel with Katie and George, followed by drinks in the Manchester International Festival pavilion and a walk round the Spinningfields area, where the crowds were out watching the mens' singles final at Wimbledon on the big screen on the green. 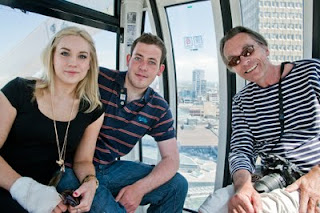 After a hectic day, it was time for us to recoup with a quiet meal together back at Saford Quays in the evening, where we sat outside watching the comings and goings at the Lowry, glowing gently (well, I didn't think to take sunscreen to Manchester......)
Before leaving on Tuesday morning, we went back to Katie's and helped her get some heavy shopping in - not easy to do when you are literally single-handed.  Still no news from the hospital about when she will be operated on.  Soon we hope. We are on call, should she need extra support.
We traveled back to Oxford via Shugborough Hall, the ancestral home of the Lichfields and had lunch in the company of the royal family photos taken by Patrick Lichfield. 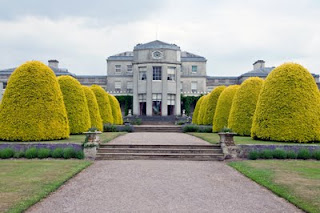 And so ended our trip to visit family and friends in the north.  No doubt we will be back again soon.  Good news awaited us at home.  Son Jack has been offered and accepted a new job at the Infrastructure Planning Commission which ought to be much more satisfying than the role he's in at the moment.  And one of my images has been bought by the 03 Gallery to add to their permanent collection.  Nice one!
Posted by Linda Wride at 13:35