At the risk of sounding like the BBC, it was great having everyone home for Christmas.  For once, Jack's train from Bristol wasn't cancelled or delayed, so he arrived safely in time for our first family meal of the festive season on Christmas Eve.


Christmas Day was relaxed (i.e. lazy) with all of us enjoying a long lie in and a late breakfast, followed by present opening which took us more or less up to Christmas dinner in the early evening. 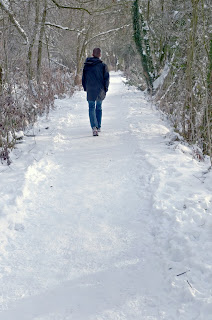 On Boxing Day we were joined by Katie's friend Emily to blow the cobwebs away with a walk through the snow along the Thames to the Perch for a glass of two of mulled wine, before heading back home to Steve who had decided to stay at home and watch others playing rugby, rather than be active himself! 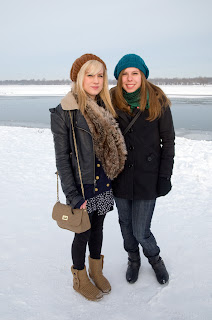 We were joined for tea on Boxing Day by our friends Jon and Sally and their daughters Gabby and Gina - so pleasing to see everyone together!
The house seems unusually quiet now - Jack went back to Bristol on Monday and Katie returned to Yorkshire yesterday.  However, the festive get-togethers continue.....We met up with the extended Green family on Monday night, back in Oxford from Bali, including our first view of young Balthazar who is nearly one year old - what a delight!  Many congratulations to proud grandparents, Ian and Ruth who are celebrating their "Ruby" wedding anniversary today, and to Anne and Colin who are celebrating their "pearl" wedding anniversary on the same day!  Have a lovely day :-)
There's New Year's eve celebrations to look forward to soon, and the Wride family meal still to be rescheduled from before Christmas, when it was postponed because of the snow and dangerous driving conditions.  Today, most of the snow has disappeared to be replaced by a blanket of dull fog which I find rather depressing. Time to put on some music I think to lift the spirits!
"You've gotta dance like there's nobody watching,
Love like you'll never be hurt,
Sing like there's nobody listening,
And live like it's heaven on earth."
Posted by Linda Wride at 12:52