Inspired by the brave souls who crossed the channel on water skis, cycled the length of the UK and visited all the Six Nations rugby tour stadia by bike - not to mention Eddie Izzard's marathon of marathons - we decided to do something ourselves for Sport Relief today. 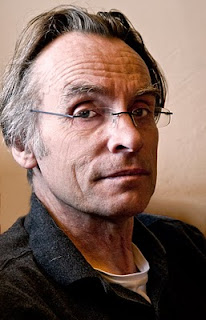 Rather than run one mile, we walked about five and a half miles to the Trout PH and back, stopping in the middle for a spot of lunch at the pub.  Our journey out took us along the west bank of the Thames where we were delighted to see a red kite flying low over the local allotments.  Perhaps it will visit our garden soon, like the jay that appeared in next door's tree yesterday, the wood pigeon who seems to be making up a nest in the clematis outside Steve's workroom window, and the coal tits and goldfinches who have been passing through recently. We came back via Port Meadow to enjoy close encounters with flocks of geese, and the horses and ponies grazing on the meadow. This was the route of our Boxing Day walk, when Steve had been aware of tingling and numbness in his fingers and toes, but it had not become the problem it was to develop into later, in January and February.  As well as doing our bit for Comic Relief, today's trip was a test to see whether he could manage walking further than into town and back, in readiness to undertake an 8 mile walk in the Peak District next weekend to celebrate friend Andy's 60th birthday.  We think the answer is yes, provided we can plan in an escape route for emergencies somewhere along the line! However, it will be a bit of a challenge for the knees as much as the feet and toes.  The body has seized up a bit after spending so much time sitting around in hospital having, and recovering from, chemotherapy. You'll have to watch this space to see if Steve makes it!
Some other bits of news - Steve's now edited his last issue of the West Oxford Newsletter for the local community association.  It's not that he's too unwell to continue to do it, just doesn't want to be tied down to deadlines in the future - it stops us being more spontaneous, which is what we're aiming for now.... He said his good bye on the back page, alongside a little bit about my photo of the local allotments winning the RHS Photography Competition.  The RHS result is also featured in this week's edition of Amateur Photographer magazine and the current issue of Gardening Which?  Fame at last (!) Plus, I've had two images selected for Fotoblur Issue 5 Spring 2010, which has just been published http://www.fotoblur.com/magazine
Tomorrow we have a visit from the solicitor who is dealing with Steve's claim for compensation.  Not sure why he is coming, other than that he wants to see the client face-to-face...up until now, it's all by done in writing, by phone and via a third party (the chap who does all the legwork for the solicitor).  I think he will have a surprise when he sees how well Steve is looking for someone classed as 100% disabled.


However, whilst remaining positive, we cannot overlook the fact that at some point in the future, life will get tougher. That was brought home to me when I read an article in the Guardian on Saturday by Lionel Shriver, the novelist who won the 2005 Orange Prize for Fiction. Her latest novel, So Much For That released on 2 March, Steve's birthday, was inspired by her friend Terri, who died of mesothelioma. The article is about her relationship with Terri and how it changed after she was diagnosed with a terminal illness. Please read it, if you can spare a few moments, but take a deep breath first:


http://www.guardian.co.uk/lifeandstyle/2010/mar/20/lionel-shriver-friend-cancer
Posted by Linda Wride at 18:06